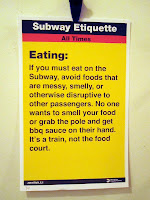 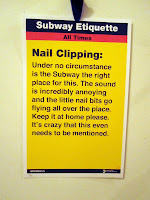 Jason says our site is fantastic, we think his campaign is pretty fantastic.
It’s a mutual admiration society thing.
Posted by Yvonne&Yvettetiquette at 7:50 AM 6 comments

We’re trying to make it a national day of observance wherein all of us, gay or straight not focus on other peoples’ sexual preferences. It gets you nowhere fast unless you are romantically interested in that person and don’t want to ask directly (and you still may not get the answer you’re looking for). The thing is, people who are not even interested in pursuing a romance with the person in question are often the most curious.

We find the question a big bore, rude and sometimes dangerous especially in the hands of those who have certain political views and worse - power. Yvonne will never forget the day while discussing someone with a magazine editor; he informed her with great authority that this person was gay.

“Really?” she responded, “He was pretty straight when I was going with him." The embarrassment on his face told her that there was no chance of her ever getting an assignment from him.

Let’s turn the dinner tables. How would you like it if questions about your sexual proclivities were the topic of conversation? Wait a minute; we hear a song, “Ain’t Nobody’s Business”. Inquiring minds should stick to their food and table manners instead.

So, what to do if someone asks you if a man or woman is gay? You could simply say you don’t know. Don’t try and figure it out with them by exploring gaydar clues. Some think a dead give away is a guy who knows how to make gravy and arrange furniture or a woman who’s never seen with a man.

Or you could say, “Funny that you ask, someone asked the same thing about you and I told them I really don’t know.”

That ought to get them back to eating their vegetables.
Posted by Yvonne&Yvettetiquette at 11:09 AM 3 comments

KEEP YOUR CHILDREN TO YOURSELF

We love children. We were once children. But back in the day, children had their place and it wasn’t walking all over seats on buses, trains or furniture. You crawled, hung out in your play pen (Do they still make those?) or sat on your parents’ laps. And you certainly didn’t have the privilege of sitting in a seat while a grownup stood. Caregivers or nannies (Whatever happened to The Babysitter?) - the title seems to change according to the neighborhood - when offered a seat will let the little one sit down instead of putting the kid on her lap. No wonder so many teenagers and adults won’t give their seats up to elders – they’re confused, they’ve been sitting ever since they were children, it’s their right. Why grownups used get up so they could sit, even their caregivers would stand while they sat!

Vestibules and hallways have been turned into mudrooms – tiny boots and high tech strollers are stationed sometimes in front of fire doors. Parents must think that fires happen to other people, not where they and their children live.

One morning, on a bus, a child was playing ‘dip mommy’s Metro card into the fare collector machine’. The bus driver told the woman that the reason people were on the express bus was to get to their destinations sooner and her child was slowing down the ride. The mother glared back at her with an expression that yelled, “How dare you not let my child have an impromptu play date with the fare machine!”

Recently, there was a brilliant piece in the New York Times. It was a Complaint Box essay about loud talking parents teaching their children right from wrong and other important life lessons that everyone in the area had to hear. We know that there’s such a thing as an outside voice but in this case it’s more like ‘outsized voice’. When people become parents and we know it’s not easy, is it a given that etiquette is put on hold until their children reach puberty?

We’re sounding kind of cranky today. Maybe we’re sleepy. That’s the excuse our parents used to give when we weren’t being very nice. Nap time.

Posted by Yvonne&Yvettetiquette at 10:21 AM 10 comments