WHEN RELATIONSHIPS GET CROWDED By Yvonne 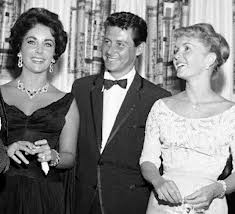 It was a long time ago. I had a good friend and neighbor who went on a whirlwind of a trip alone. His girlfriend had small children and couldn’t accompany him. He called me when he returned three weeks later and said, “Come on out to dinner with us.” So, he, his girlfriend and I went off to his favorite Chinese restaurant.
“You went to dinner with them? A girlfriend and also a neighbor asked.
“What’s wrong with that?  I like his girlfriend.”
She gently scolded me on the rules of hanging out with couples. “He hadn’t seen her in three weeks, did it occur to you that she wanted some time with him alone?'
I was clueless. She explained that men don’t think about things like that and I should’ve been more sensitive.
Just the other night the husband of a friend of mine invited me to join them for dinner. He’s a generous man and they both enjoy my company, but I declined. I’d realized he’s been away at their summer home and was just back. I was proud of my sensitivity even though she wouldn’t have minded but I did.

Posted by Yvonne&Yvettetiquette at 12:35 PM

yeah look what happens in your example(deb and liz) when a third party comes along...she steals your hubby big time!!!! if seriously though if i were the wife... i wouldn't want the other woman to be
considerate...anfd not go..if my hubby invited her..that means he wasn't yearning to be alone
with me... if he wants to be alone with me..he wouldn't invite anyone else...
i don't want a husband who is considerate because others tell him to...and asking him...does your wife know
sounds like...did your mommie say it was ok !

An invitation? What's that?
As a single woman, once my male friends married, I rarely saw them or just simply lost them! I miss them.

Oh, I know this scenario very well. Not only was the ex invited to everything, she wasn't friendly towards me at all. She asked the "now ex boyfriend" if I was jealous of her and thought I didn't like her. She got it right on the latter. He was totally clueless. Finally, her boyfriend wanted to know why she was always hanging around her ex, my then boyfriend. He's not an ex only because of this, let's just say this situation got the ball rolling.

Thank you for writing this.