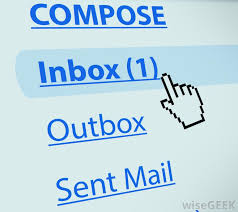 TWOT is here to stay, and so is every email we send.
Posted by Yvonne&Yvettetiquette at 12:04 PM