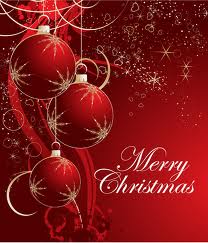 Christmas or holiday cards (PC)  are a nice way to get in touch with people you haven’t seen in a while and probably won’t see for a while. Many of us have observed children of friends grow up through the years by way of Christmas card picture frames. One family we know had a professional photographer photograph their family every year, the card is so beautifully produced, they’re keepsakes.

When we send cards, we like to include a brief handwritten note. Of course, it’s easier when you’re not sending dozens of cards but it always adds a personal touch. It's much better than leaving it up to Hallmark. We all know someone who adds his or own "Dear,” on the card as if they actually wrote the greeting card’s red, green or black text.

Holiday letters, when a sender takes the time to bring you up to date on what’s gone on in their life during the past year, are also thoughtful. Of course, Bah-Humbuggers think they're presumptuous because it's too much information. We’re not sure when it became bad form to bring friends up to date with what’s going on in our lives, however, better to keep updates upbeat.

For people with green leanings, the holiday card paper waste can seem criminal. A friend of ours thought nothing of throwing an exquisite, engraved Cartier Christmas card he’d received. He spent seconds reading it and threw it away without even considering displaying it on his mantelpiece. Yvette saves special cards and ties them together with ribbon. I have a few favorites and after the holiday I put them aside. The actress, Sylvia Miles sends a fun card she makes. She glues white cotton on it to represent her white mane of hair. I have years of them stuffed in an envelope.

There’s one dubious practice that we don’t support: the sender who sends only because they have received one from you. We think people who do this find it an easier way to send cards without making a card list or who have missed the point about the gift of giving - it's not about receiving.

In the spirit of the holidays we should take into account that there may be any number of reasons why someone hasn’t sent cards. If receiving a card means that much to you and you haven’t heard from a good friend, pick up the phone before you put down the pen. During these difficult times, we don’t need the house of Christmas cards to collapse too.
Posted by Yvonne&Yvettetiquette at 11:50 AM

This was really great.
Cliff